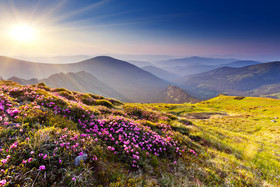 Absolutely!  Although the word “hypnosis” comes from the Greek word hypnos meaning “sleep”, the state of hypnosis, or trance,  is actually a kind of daydreamy state somewhere between being fully awake and sleep.  I can guarantee you that you are in a hypnotic state (trance) at least twice a day:  just before going to sleep and just before waking (called the “hypnogogic state”).  Most likely it is more often than that:  while reading a good book, while walking or driving (have you ever arrived at a destination and not remember how you got there?), or  merely daydreaming.  Milton Erickson called them “common everyday trances.” You can also observe these states in the rites and ceremonies of traditional cultures or when someone does something spectacular in a moment of great stress.

These are all altered states of consciousness that occur on a daily basis.  The only difference between these states and when someone is undergoing hypnosis in the therapeutic sense is that you purposefully seek the hypnotic state in a more controlled way, amplify it and use the trance state in order to attain a predefined objective.

In most cases, for human beings at least, the transition from a waking state to a hypnotic state either happens naturally (see above) or, as in a hypnotherapy session, can be induced by the skillful use of language.   This use of words, or  “induction”, dates back to ancient times, well before hypnosis was officially defined by James Braid in 1841.  This ancient origin of hypnosis was referred to by Sigmund Freud, “In the beginning of time, words and magic were one and the same”.

I’ve heard that some people can’t be hypnotized.  Is that true?

The notion of hypnotizability probably dates back the use of classical hypnosis methods which, in effect, don’t work on everyone–only about 10% of the population.  This is why stage hypnotists make a careful selection of their participants prior to starting their show using various tests.  Even so, the myth still persists.  Various “hypnotizability” scales have been developed over time, but if you have read the section above you know that everyone experiences hypnotic states (altered state of consciousness) very naturally and on a daily basis.  So the answer is that everyone can be hypnotized as long as he or she has the intention to do so and the approach of the hypnotherapist is adapted to their responses.  There is also the myth that a person must be in a deep state of trance for the therapeutic intervention to be effective.  This is not the case.  Changes occur at all levels of trance:  light, moderate and deep!

Milton Erickson worked hard to dispel this myth.  It is true that some people take longer to achieve the appropriate level of trance, but in the vast majority of cases, it takes about 20 minutes to achieve a sufficiently altered state for therapeutic purposes.  Like any skill, hypnosis can be developed.   Some folks are better from the get-go; others need to practice a bit, through auto-hypnosis, for example.   There is also the phenomenon that people don’t recognize that they have been in trance when in fact, they have!

Do you lose control in hypnosis ?

No!  You actually increase your control.  How is this so?  If you consider the fact that the conscious part of human functioning represents about 10% of the activity of the human brain, that means that the remaining 90% is unconscious.  Hypnosis gives you access to all the resources of this part of your mind without the usual blocks and limits that the conscious mind can sometimes provide.

During a session of hypnosis,  you are in an altered state of consciousness, yet you are still aware of what is said and done.  You work in collaboration with the therapist, who only serves as a guide.

Can a hypnotherapist make me do something against my will?

Again the answer is “no”!  No matter how deep the trance, you can be assured that that there is always a part of you that will watch over you and protect you from doing anything to harm your integrity, whether it be mental or physical.   Studies have even been done to demonstrate this.  Even in an altered state of consciousness, a human being will simply not do something against his or her values, and in case of danger, he or she will snap out of the trance state and return to normal waking state. The protective nature of our unconscious mind has the added benefit of being a sort natural insurance policy that you only make the changes you are ready for.

Is it possible to not wake up from a trance?

Everyone, and this without exception, can return to a normal waking state if need be.  And even if there’s no emergency, it’s important to realize that the state of hypnosis is actually a fragile state that is somewhere between that of full awareness and sleep.  Even in the deepest of trances, a person will, naturally and without any intervention, return to a full waking state within about 20 minutes.  Or go to sleep!

Will I remember what happened ?

In most cases, people remember everything from a session.  In fact, many people don’t even realize that they have been in an altered state of consciousness!   Some parts of the session may fade from memory spontaneously, a bit like a dream or daydream would.  Sometimes this can be useful for therapeutic purposes.  Once again, the unconscious part of our mind protects us from consciously interfering with the work done.

Are the effects long-lasting ?

Most definitely.  But like anything, it is important to support and maintain the changes you make.  You have cleared the way for change, but it is up to you to keep it going on a daily basis.  Sometimes, in more difficult situations, you may temporarily feel as if you are regressing, but you can be assured that the change is within you. Like when you acquire any new skill, it is merely a question of accessing it and applying it to the new situation.

Does it work for children or teenagers ?

Absolutely.  As Lynda Hudson, a UK hypnotherapist specialized in children says, “Children are usually very open to hypnotherapy, and they generally have fewer misconceptions about it than do adults since children, especially the younger ones at least, have not seen or heard of stage hypnosis.” Children are accustomed to using their imagination on a daily basis and therefore are very responsive to the metaphors and stories of hypnosis, which to them seem more like “story time” than anything else.

Adolescents, although closer to adult conscious limitations, are still very responsive to hypnosis.  They are often quite relieved to discover that they have an inner “ally” and access to almost limitless resources.

Are there contraindications for hypnosis ?