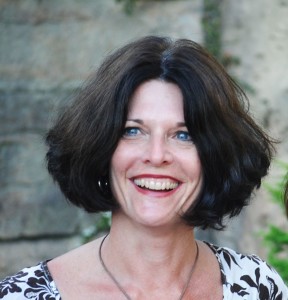 For as long as I can remember, I have loved art, science, languages and everything related to the humanities.   I had considered  pursuing studies in medecine,  psychology  or art history, but somewhere along the way I fell in love with the French language and ended up pursuing a B.A. in French.  I dreamed of someday living in Europe, and knowing that I did not want to teach French, the most practical and direct option available to me at the time was an Master’s degree in Business Administration.   I found a university with a good international exchange program and went on to obtain an MBA in Marketing from the University of Texas at Austin and a diploma from the Ecole de Management de Lyon.

I worked a number of years in the fields of communication and marketing, most particularly in the field of market research.  After awhile, though, I realized studying human beings in for the sole purpose of increasing corporate profits no longer corresponded to my values.   My French husband’s career had us moving a lot at that time, so I had no trouble deciding to take some time off to raise our 3 children.

As my children grew older and more independent, a certain number of life experiences gave me the momentum to seek out a new professional activity, something a more altruistic and in sync with my core values and interests.   But what ?  At the same time (finally having a bit of time for myself) I embarked upon a program of self-improvement.  I had been intrigued by a book I had read by Brian Weiss, MD, and, on a whim, decided to give hypnosis a try.   And thus, I discovered the magic of hypnosis.  It is a marvelous tool for creating changes rapidly, effectively and in a total respect for the person.   After coming out of my first appointment, I remember saying to myself,  “This is great ! Why don’t people use hypnosis more often?”

Little did I know, there are a lot of people thinking the same thing because hypnosis is becoming more and more popular throughout the world.  “Hypnotherapy is becoming better known and understood by the general public”, comments Lynda Hudson,  author and hypnotherapist in the UK. “There is a sort of acceleration in the development of hypnosis today.  Why ?  It is surely…because of  its effectiveness, which continues to amaze me every day”,   says  Dr. Vincent Haas, anesthesiologist and hypnotherapist in Paris.  “Not too long ago, hypnosis and allied techniques were regarded, at best, ‘alternative’ methods for change…With increased research and new understanding of neuroscience, brain chemistry and function, the domains of hypnosis, neurolinguistic programming… emotional freedom techniques, and related strategies, have rendered this narrow view of ‘alternative’ outmoded and irrelevant,” states Dr Henry Spitz, Clinical Professor of Psychiatry, Columbia University, New York.

So, in 2010 I began classes in hypnosis, neurolinguisitic programming (NLP) and coaching with the Institut Français d’Hypnose Ericksonnienne (IFHE) in Paris, the largest French language school in the world and in existence since 1995.  From 2010-13, I received training (500+ hours) in Ericksonian hypnosis, Humanist hypnosis, NLP, Advanced Symbolic Therapy, Dream Analysis, Psychopathology and Hypno-coaching.  In 2013, I earned the certification of Master Practitioner in Hypnosis (Ericksonian and Humanist) and Neurolinguistic Programming.

Bilingual in French and English, I currently work in the Yvelines by appointment only.